You think the Coliseum has been around for a long time? If you throw your old cell phone in the garbage, it, too, could be around for thousands of years, maybe more. The persistent metals, glass and plastics used in cell phones do not decompose. And the cadmium and lead they contain are toxic to humans and the earth. But here’s the thing.

Now there is a way to safely dispose of your old, unwanted cell phones and help the developmentally disabled in the process. WAYS  has developed a project called “Smart Cell” for recycling used cell phones while creating jobs and self-esteem for the disadvantaged.  This project puts them into the community. And they are doing a service for their community.”

The cooperative, WAYS Onlus, is made up of young people with various intellectual disabilities.  With the cooperative they go out into the community, explaining the project to people and passing out envelopes for unwanted, used cell phones at various pick-up points around Rome – supermarkets, schools, businesses. Members of the cooperative then pick up donated phones regularly and take them to their office where they have been taught to sort them out, catalogue them according to brand name and model number, record them on Excel, print out the contents, package the phones and ship them to England. Where a company that works with many charities regenerates the phones that can be fixed and sends them to developing countries where only cell phones are typically used. Phones that cannot be fixed are recycled, valuable natural resources such as copper are recycled and poisonous components are safely disposed of. Depending on how many of the donated phones can be regenerated, WAYS is paid for the value of each shipment. After a small percentage is deducted for running costs, the money is distributed among all the members of the cooperative.

Given this incipient degree of independence and purpose, the cooperative members are fiercely proud of their work and the project is expanding daily. So find those out-of-date telefonini in the back of drawers and closets, take out the SIM card if there is one (no need to donate re-chargers) 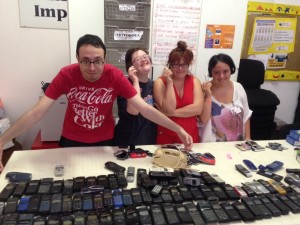 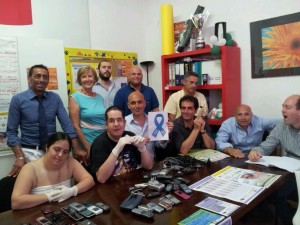 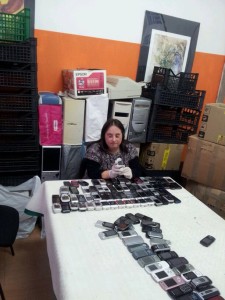 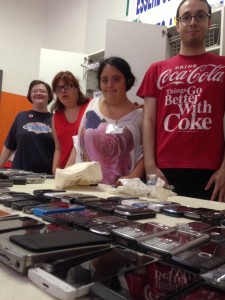 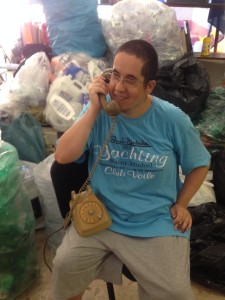 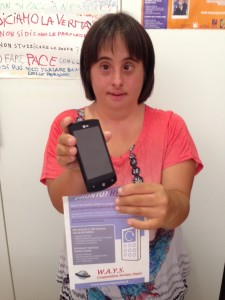